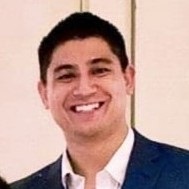 In 2009, Justin graduated from the University of Arizona with a Bachelor’s degree in Accounting.  Graduating during the peak of the Great Recession, he worked many temp jobs for the next several years until finally landing a position at Propel Media in Irvine, CA in 2013.  Working in  the company’s Finance & Accounting department, he assisted with general accounting roles, but started recognizing his strengths with improving the team’s operations and processes, as well as his joy in helping others, both on his team and in the company’s other departments.

In 2014, Justin was exposed to the world of financial strategy from his cousin, teaching him ways to make your money “work for you.”  Over the next five years, Justin started researching and implementing these lessons with his own money and saw the benefits of making these changes with his own personal finances.  While providing his friends, family members, and coworkers these same financial lessons, he began to notice how many people were not fully educated in the concepts of insurance or investments in order to help meet their financial goals.  When these same people informed Justin of how these small recommendations and suggestions were financially beneficial to them, Justin started to realize that becoming a Financial Professional would meet both his interest in financial strategy and his desire to help others.

At the end of 2020, Justin finally decided to make the career change in becoming an official Financial Professional.  After applying to several companies and going through numerous interviews, Justin felt that One Pacific Financial Strategies best met the goals and ambitions he was looking for in a company.  Being new to the industry, Justin saw how One Pacific put the interests of both its staff and its clients first, which greatly distinguished them from most competitors.  One Pacific’s leadership, along with its mentoring, coaching, and training, are the main reasons Justin feels they will greatly help him become successful in his career.